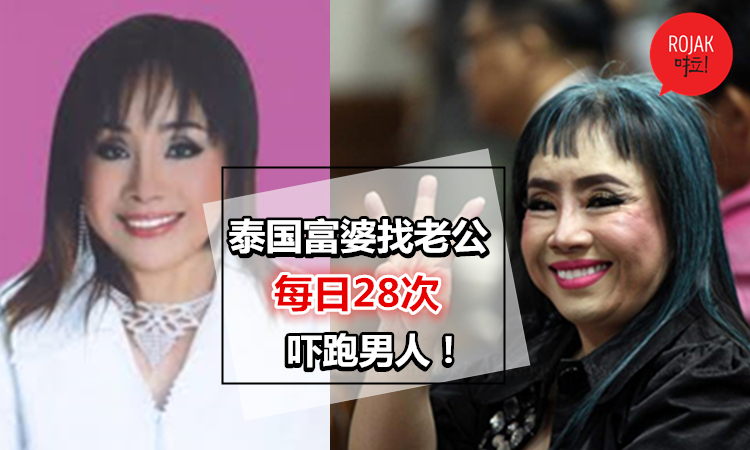 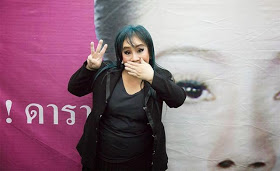 Source: BK.ASIA-CITY.COM
Known for her explosive personality and frequent criticism of politicians and celebrities, former Bangkok governor candidate Leena Jungjunja, aka Leena Jung, 55, is never far from the headlines. Her latest outburst came when a closure order for her HotTV station saw her head down to the Thai Army Club asking to meet General Prayuth Chan-Ocha, just hours before the coup was announced.

I started working when I was a little girl. I left school in Prathom 5 to help my family sell palm juice in front of Vorajak Market. I haven』t stopped working since.

I was living the high life in the late 80s. I made two billion baht from my clothing business in the Baiyoke area, and I bought many properties and a B10 million sports car. Then the economy tanked in the 90s, heavily affecting my business, yet I managed to get through it. I then studied law and became a lawyer in my 40s.

There are so many rich and dishonest people in this society. I have worked with many of them on TV and radio shows, and more often than not they didn』t pay for my services. Once they got the ratings, they replaced me with someone closer to them. I was too polite to complain, so I just started my own station.

Censorship has been around for a long, long time. Back in 1997, when I upset Bangkok governor Pichit Rattakul, they took me off the air and asked me to do a music program instead. I wouldn』t; I can』t even sing. Nobody wants to see me do a music show. I will continue to fight to speak because when you consider yourself part of the media, you need to stand up for the citizens.

I wanted to be famous. People first recognized me as the green-haired woman on the stage at Silom, rallying against Chavalit Yongchaiyudh during the 1997 constitutional crisis. Then I thought I wanted to take on the role of governor, so I went out to sell my policies to the public.

Bangkokians think they are level-headed, but they are just stupid. They』ve stuck with the Democrat party, stuck with their colors. For some 20 years they governed the city, and look at their work. This canal I』ve walked past for decades still stinks. It’s a joke.

I didn』t want to do anything for the public anymore. I was mocked by everyone, from taxi drivers to cleaners. When I failed in the senate election, I cried for an hour. Nobody saw what I had to offer. Just for the sake of political interest, people are happy to choose those who will do nothing for four years.

Politicians are evil, regardless of their party. They all want to get rid of anyone standing in their way.

People don』t believe me because of my personality. I』m not good at pretending to be nice in order to brainwash my audience. I always shoot straight. People think I』m crazy. But listen and think. You』ll understand in the future.

People on YouTube need a shrink. I』ve uploaded so much stuff online, but they only watch the videos where I』m being aggressive. I don』t read the comments on my YouTube videos; they give me a headache. I didn』t beg for them to watch, they do so of their own free will.

I will stand up and say 「kill me, soldier.」 I will sacrifice myself against their coup. They should be executing corrupt politicians, not bothering about me. I have never caused any problem, never been on any stage, never been to any rally.

I』m infuriated by how women protesters have been treated. They say there’s no law now, as the constitutional law was abolished. Then what right do they have to drag women into a car in front of Terminal 21? That woman was only showing the peace sign, saying 「good luck, Thai people.」 Good thing I saw the video; I ran it on air all night, 2,000 times.

The PRDC and the red shirts both hate me, but I don』t care. The leaders of the two sides use the people to wrestle over their own interests. The PRDC leaders are now on holiday with their four billion baht worth of donations. Do they speak out about the rubber prices?

The coup leaders are elders relying on their retirement money who found life too boring taking care of their grandchildren at home. So they thought, 「Why not try my luck? I could hit the jackpot. I』m old anyway.」

We need to keep our eyes on all these big projects. All the land surrounding these developments has already been bought up by people with vested interests.

It’s all just a staged farce. The real troublemakers, these politicians from both sides, just went for a picnic in the military camp: drinking, singing, playing cards. Those who voiced their opinions were jailed. This whole reform scheme is fishy. It’s win-win for all the political parties. The only loser is the public.

If we all keep our mouths shut and sit pretty, it’s all too easy for those in power. I learned my lesson from working with the soldiers before at the radio stations. They were authoritarian and ignorant.

Now I have no money to pay for the broadcast license. The CAT called me to ask for payment. They must be crazy; couldn』t they see I was closed down? How can I sell my products without an audience? Should they get me angry, I』ll be protesting at the CAT office, too.

I stocked up on five dozen packs of instant noodles. I couldn』t go out. I fear they will take me away because I say too many bad things about them every day. I need to stay safe to continue doing that.

My happiness is in educating people, getting them thinking. The public needs to be smart and know politicians』 tricks. It’s difficult because the corrupt politicians always try to obstruct the media. We need to be enlightened.

You can fall but you must pick yourself up. I』ve fallen often, and I』m still fighting. But you need to fight with your head, not risk your life. You cannot do anything once you』re in jail.